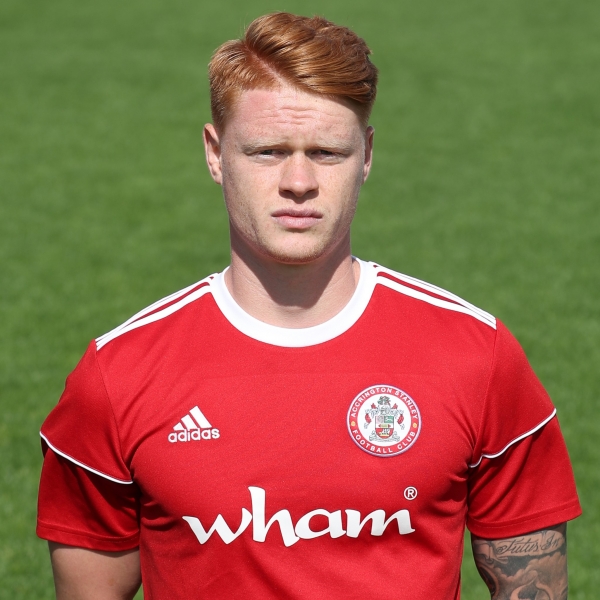 Will Wood signed a one-year deal at Stanley in the summer of 2018 after being released from Premier League Southampton.

Left back Wood came through the ranks with the Saints, signing there at the age of 12.

He was playing for their U21s when he still qualified for the U18s.

Wood made his Stanley debut against Mansfield Town in Round One of the Carabao Cup in August 2018, before joining Havant & Waterlooville on a short-term loan in October.

Will made eight appearances for the Hawks ad returned to the Reds at the turn of the year, making his league debut on 12 January 2019 against Bristol Rovers when he came off the bench to help preserve a clean sheet.

Home and away shirt sponsored by Bridgewood Builders