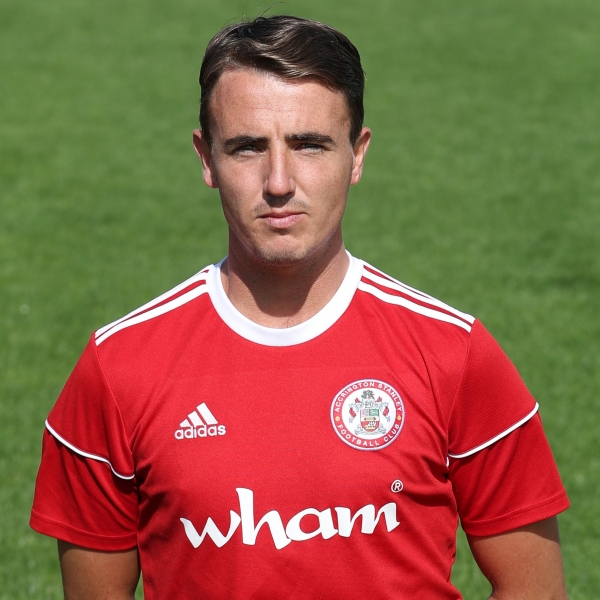 Sean McConville originally signed for Stanley in 2009 and was part of the Stanley team that went to the League Two Play-Off Semi-Finals in 2011.

The wideman subsequently moved onto Stockport and then linked up with John Coleman at Rochdale, before joining Barrow in 2012 and spending time with Stalybridge and Chester.

Having been named Player of the Season at the Deva Stadium, McConville returned to Stanley in 2015 and chalked up regular starts to take him beyond 100 appearances for the club.

During 2016/17 season McConville notched 17 assists as Stanley challenged for promotion, he was rewarded with a new contract in the summer keeping him at the club until 2019.

The winger signed a new three-year contract in the summer of 2018, and consequently secured a place in Reds history after scoring twice against Bristol Rovers on 11th August 2018 to become Stanley’s first-ever goalscorer in League One.

Home and away shirt sponsored by John and Carol Glasson