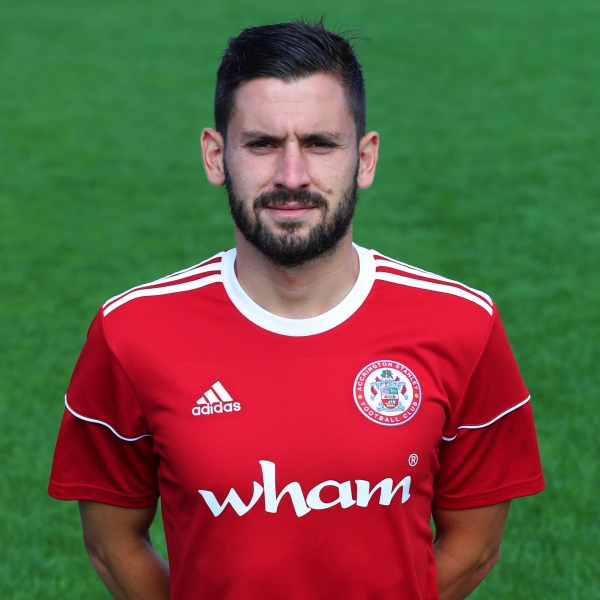 Seamus Conneely joined Stanley on a free transfer in January 2015 after leaving Sligo Rovers, where he had previously worked under John Coleman.

The former Republic of Ireland U21 and U23 international began his career in his native Ireland with Galway United before getting a move to England with Sheffield United.

He is comfortable in defence or in the centre of midfield and was handed the captain’s armband in 2015/16, a campaign that saw him miss just a handful of games.

In July 2017, Conneely penned a tw0-year contract extension, keeping him at the club until at least 2019.

Away sponsored by Angela Davis