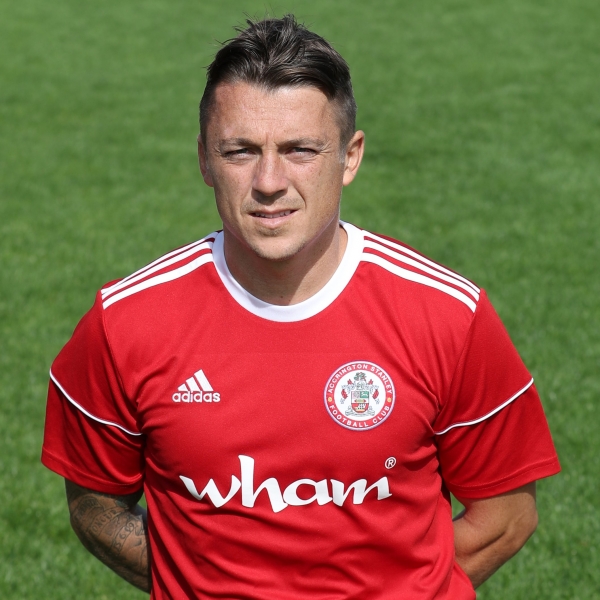 Scott Brown was snapped up by John Coleman following the experienced midfielder’s release by National League side Grimsby Town in January 2016.

Brown had worked with the Stanley boss before during a spell at Southport that saw him wear the captain’s armband and earn the club’s Player of the Year award for the 2013/14 season.

He came through the academy at Everton and spent three years at Bristol City before joining fellow League One side Cheltenham Town in 2007.

Brown suffered a potentially life changing injury shortly after signing, breaking his leg in two places and dislocating his ankle, and doctors feared he would never be able to walk properly again.

Injuries presented Brown with his first team chance at Stanley as the 2015/16 season drew to a close and he grasped it, going on to become a pivotal part of the side as the Reds made the League Two play-offs.

Brown signed a one-year contract extension with the Reds after Stanley’s successful 2018/19 season.