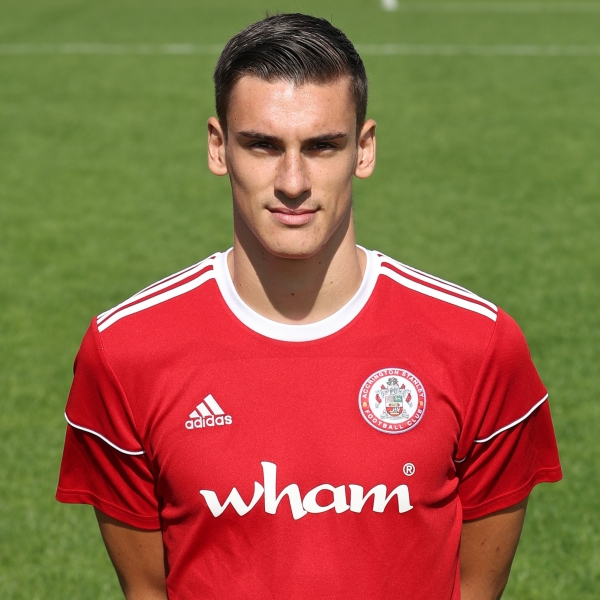 Ross Sykes started out in football at the Clarets’ Academy at 11-years-old but was released two years later.

The Burnley-born defender then debated giving up football, but was persuaded to go for a trial at Stanley and where was taken on in 2015.

The tall centre half signed a two-year professional deal with the club in May 2016.

He made his senior debut for the club in August 2016, starting in the 3-0 defeat to Crewe Alexandra in the EFL Trophy group stage.

Home shirt sponsored by The Gilmores

Away shirt sponsored by Ken Atkinson