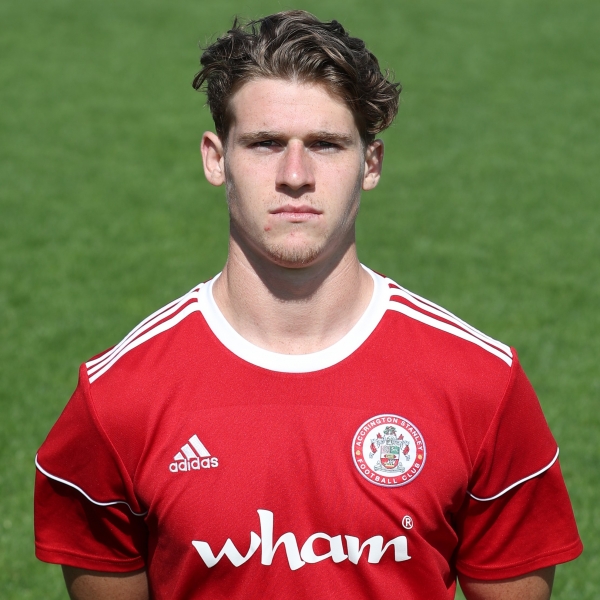 Reagan Ogle has come through the ranks at the Wham Stadium after swapping Australia for Accrington as a boy.

The defender made his Reds debut in the Checkatrade Trophy competition, coming on as a substitute against Wolves on 8th November 2016.

He spent time on loan at Ramsbottom United in 2017 and made his League Two debut as a late substitue in the final home game of the 2016/17 season against Luton.

Away shirt sponsored by Weston Cider