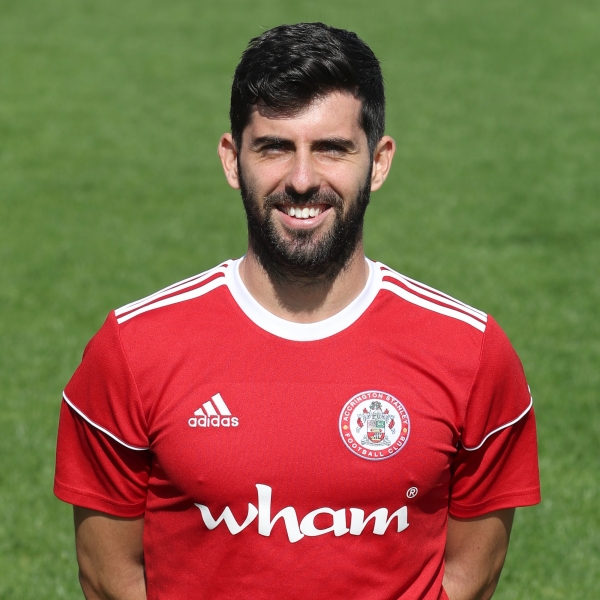 Piero Mingoia is in his third spell with Stanley.

He originally came in 2012/13, on loan from Watford, and also had loan spells at Brentford, Hayes and Yeading and Boreham Wood.

The winger signed permanently for Stanley in 2013 and played a big part as the Reds narrowly missed out on automatic promotion to League One by one goal in 2015/16 season. He scored in the Play-Off semi-final defeat to AFC Wimbledon.

He moved onto Cambridge for two seasons but returned to the Wham Stadium in the summer of 2018, signing a two-year deal.

Mingoia joined Sky Bet League Two side Morecambe on loan for the rest of the season on the final day of the January 2019 transfer window.

Away Shirt sponsored by O.A.S.S.C