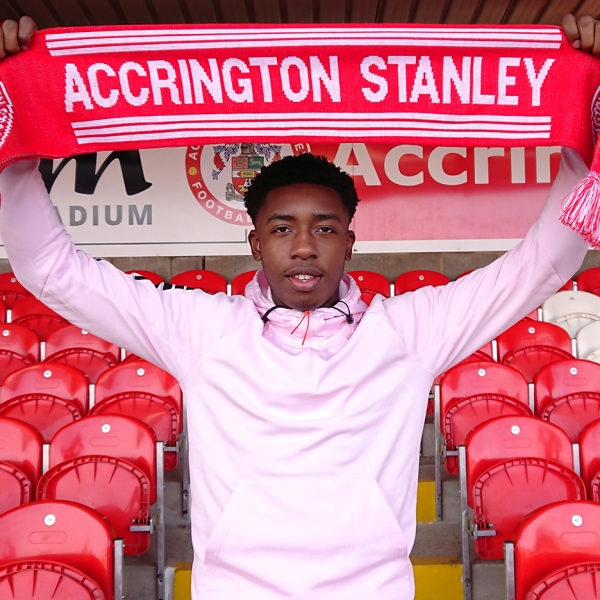 Accrington Stanley completed the signing of young forward Okera Simmonds on a permanent deal on 1 February 2019.

The 19-year-old joined the Reds as a free agent less than 24 hours after leaving Blackburn Rovers, and put pen to paper on an 18-month contract with the option of a further year.

Simmonds began his career in Manchester before being scouted by Liverpool as a 10-year-old, and came through their academy ranks before joining Rovers last year.

Home and away shirt sponsored by Colin & Joanna Downey