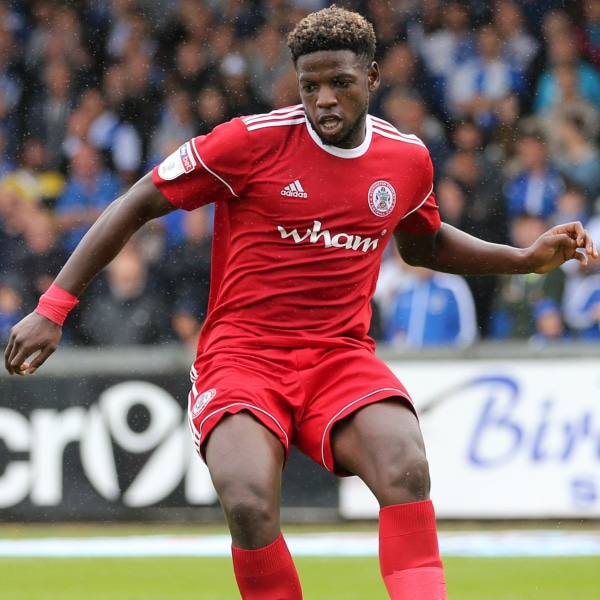 The Congolese striker originally joined the Reds on loan in January, signing from the Rams until the end of the season.

Zanzala previously had a loan spell with Sky Bet League Two club Stevenage and also Chester at the start of the 2017/18 campaign.

He made his Stanley debut as a late substitute during a 2-0 victory away at Cheltenham in January, before scoring the first league goal of his career in the Reds’ 4-0 win over Wycombe Wanderers in April.

Home  and away shirt sponsored by Planet Vending