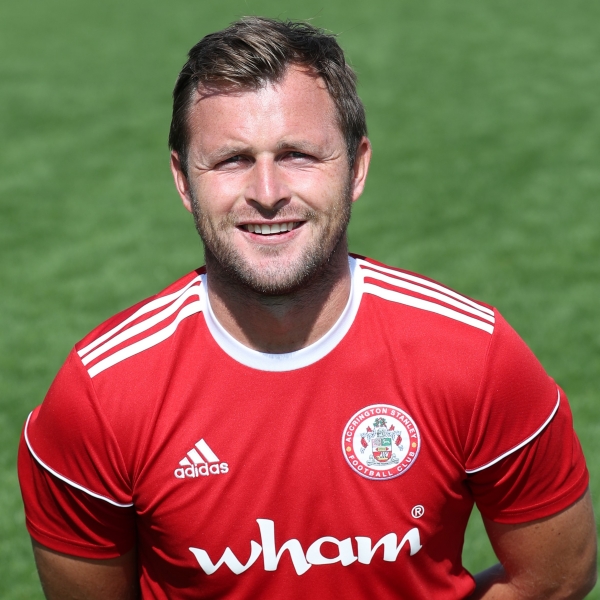 Mark Hughes signed a permanent deal to return to the Reds in January 2016, having previously had a brief loan spell at Stanley in 2013.

The former Everton trainee has well over 300 appearances at Football League level under his belt and also had a spell playing in Australia with North Queensland Fury.

The centre back has previously played for Northampton, Walsall, Bury, Morecambe and Stevenage.

Hughes is well known to manager John Coleman and assistant Jimmy Bell having grown up in the same part of Merseyside as the pair.

Hughes signed a contract extension in July 2017 to keep him at the club until 2019.

Away shirt sponsored by Ken Clarke