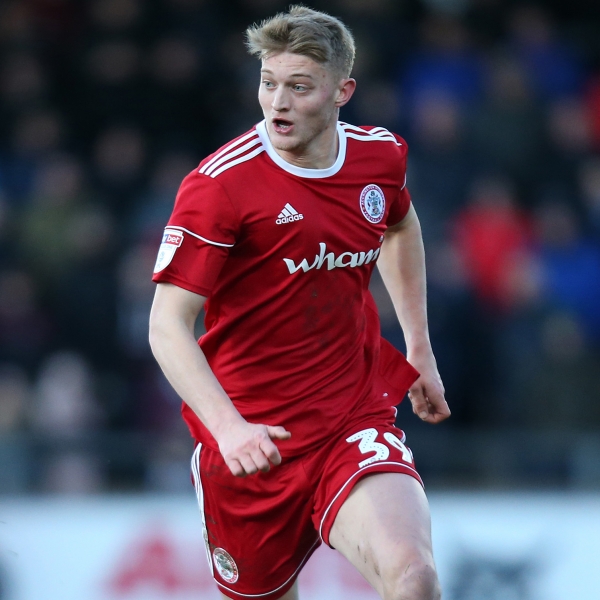 Middlesbrough striker Luke Armstrong joined Stanley on loan until the end of the season on 11 January 2019.

The 22-year-old is the son of former Stockport County, Middlesbrough and Ipswich Town striker Alun Armstrong, and was on loan at National League side Gateshead for the first half of the 2018/19 season.

He was regularly involved with Middlesbrough U23s set-up, including playing at the Wham Stadium against the Reds in the Checkatrade Trophy.

Luke joined National League side Gateshead on loan at the start of the 2018/19 season, before being recalled in December and signing a two-and-a-half year contract with Boro.

Armstrong made his league and Stanley debut against Bristol Rovers at the Wham Stadium on 12 January 2019.

home and away available to sponsor