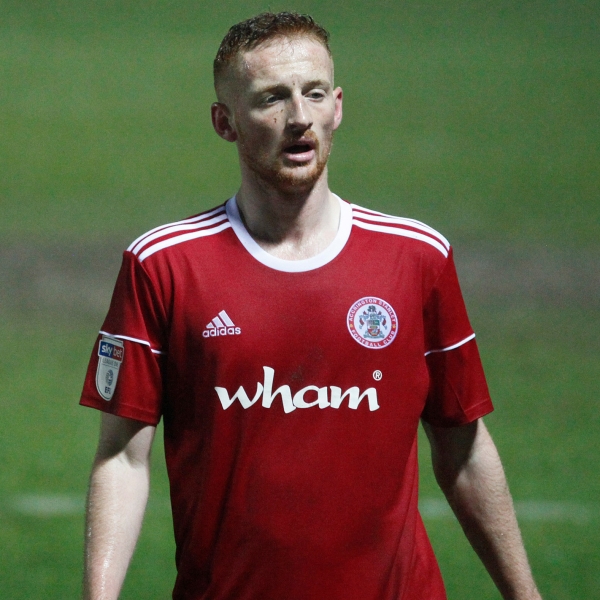 The 21-year-old full back joins the Reds until the end of the 2018/19 season, having been an important part of the U23 setup at Newcastle.

Gibson had been linked to a number of clubs before coming to the Wham Stadium, and describes himself as a tough tackling left back who likes to get forward in attack.

He made his first team debut for Newcastle in a friendly against Lillestrom after a loan spell at Gateshead in 2015, and was named on the bench for United’s 1-0 Premier League win over West Bromwich Albion in 2016.

Liam joins fellow Magpies loanee Dan Barlaser at Stanley, having played with the midfielder since he was 11-years-old.

Gibson made his league and Stanley debut against Bristol Rovers at the Wham Stadium on 12 January.

Home and away shirt sponsored by Old Jersey John