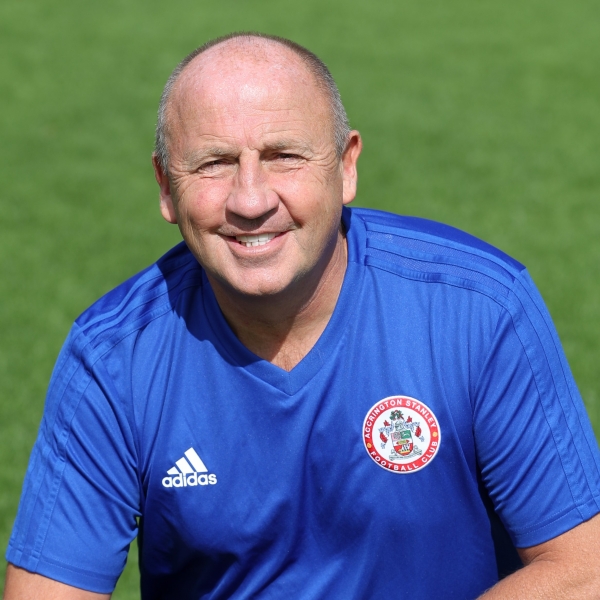 John Coleman’s first spell at Accrington Stanley saw him become the club’s most successful and long serving manager as he returned the Reds to the Football League by winning the Conference title.

The prolific non-league goalscorer joined the club as player/manager after a successful spell at Ashton United in 1999, leading Stanley to the Unibond First Division title at the first time of asking.

The Premier Division title, numerous cups and ultimately promotion to the Football League followed in 2006. The club improved with each season in League Two, culminating in a fifth place finish in 2011, the club’s highest position since the 1950’s, and a Play-Off semi-final defeat to Stevenage.

He left the club to join Rochdale in 2012 but after a year at Spotland and spells with Southport and Sligo Rovers he returned as Stanley manager in September 2014.

In his first full season back with the Reds he led the side to the brink of promotion, claiming a fourth placed finish in League Two before losing out to AFC Wimbledon in the Play-Offs.

Coleman engineered Stanley’s promotion to League One for the very first time after 12 seasons in the fourth tier, after the Reds were crowned League Two champions in the 2017/18 season.

Away shirt sponsored by Frank Martindale