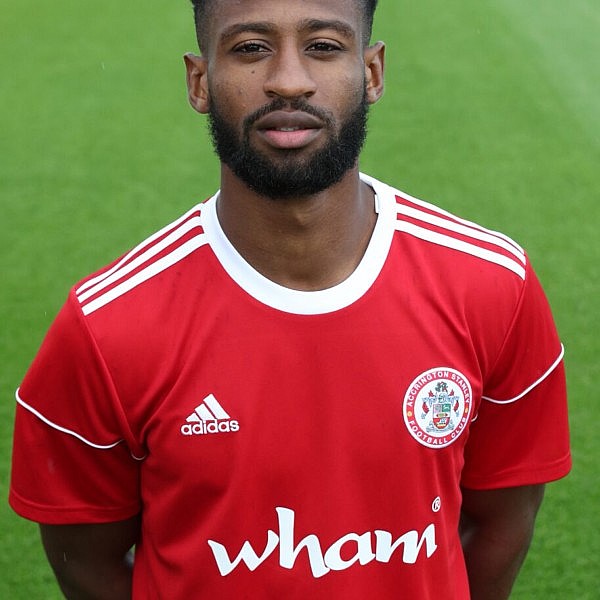 Versatile defender who rejoined Stanley on loan from Ipswich Town until the end of the season in January 2019.

Born in St Lucia, he joined Luton as a youngster before spending time with Tottenham and Villa and loan spells at Tranmere, Wycombe and Newport.

Donacien originally arrived at the Wham Stadium on a short term deal on the eve of the 2016/17 season starting having been released by Aston Villa.

After featuring regularly in John Coleman’s side during the start of that campaign, he was handed a permanent deal until the end of the 2016/17 season. He would go on to feature 35 times in League Two that campaign.

In June 2017, Donacien signed a new contract with Stanley and missed just a single league game the following season to help the Reds win promotion and become League Two champions.

Janoi made the switch to Suffolk in the summer of 2018, initially on loan, with a view to sign permanently for a record fee received by Stanley at the time.

He made 11 appearances for the Championship side before returning to East Lancashire.

Away shirt sponsored by www.jimmysirrelslovechild.co.uk

Warning: A non-numeric value encountered in /home/customer/www/leescarter.com/public_html/wp-content/themes/footballclub/inc/shortcode-results.php on line 175