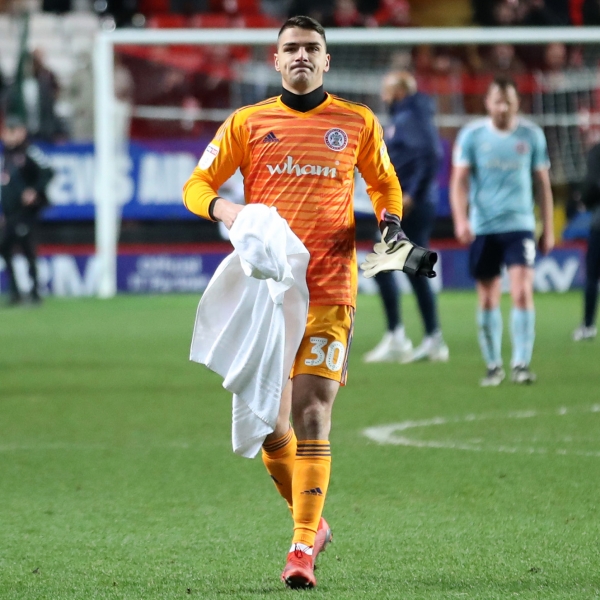 Bulgarian goalkeeper Dimitar Evtimov joined Stanley on a permanent deal in January 2019 after his short-term deal with Burton Albion expired.

Evtimov put pen to paper on an 18-month contract with the Reds, and the 25-year-old has been given the No. 30 shirt.

Dimi began his career in his native Bulgaria, before joining Nottingham Forest in 2011, where he was named as the Championship Apprentice of the Year for the 2012/13 season.

He made three first team appearances for Forest, and spent time on loan at Mansfield and Port Vale among others before joining Burton Albion on a short-term contract in September 2018.

Evtimov has represented the Bulgarian national side at youth level and earned his first call up to the senior squad while with the Brewers last November.

Barely 24 hours after joining Stanley, Evtimov came off the bench against Charlton to make his Stanley debut on 19 January 2019.

Away shirt sponsored by Lyn Braithwaite