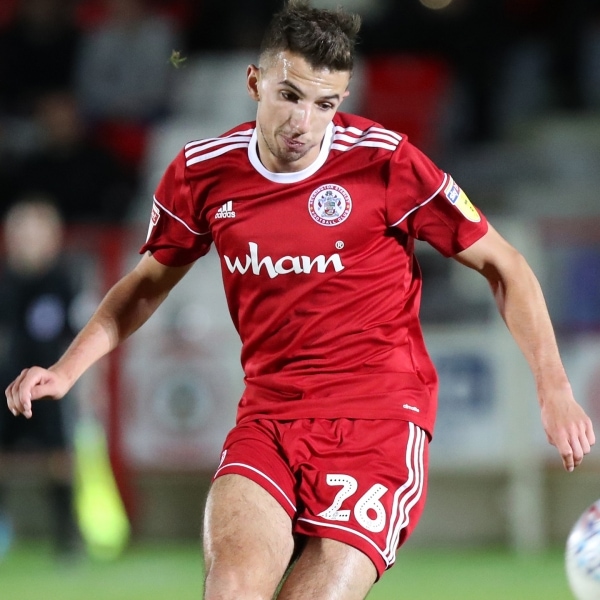 Accrington Stanley signed 21-year-old Daniel Barlaser from Newcastle United on a six-month loan deal on the final day of the 2018 loan window, before extending his stay at the Wham Stadium until the end of the season in January 2019.

The central midfielder was just eight-years-old when he joined the Magpies, coming through their academy before making his first team debut in an FA Cup win over Birmingham.

Born in Gateshead, the midfielder has represented Turkey at youth level, qualifying through his father, before being called up to England’s U18s in 2015.

Barlaser spent time on loan at Crewe Alexandra during the 2017/18 season, coming off the bench at the Wham Stadium in the Reds 1-0 win when the sides met in League Two.

He made his Stanley debut as a second-half substitute at home against Burton Albion on 8th September 2018.

Away shirt sponsored by Jamie Newman