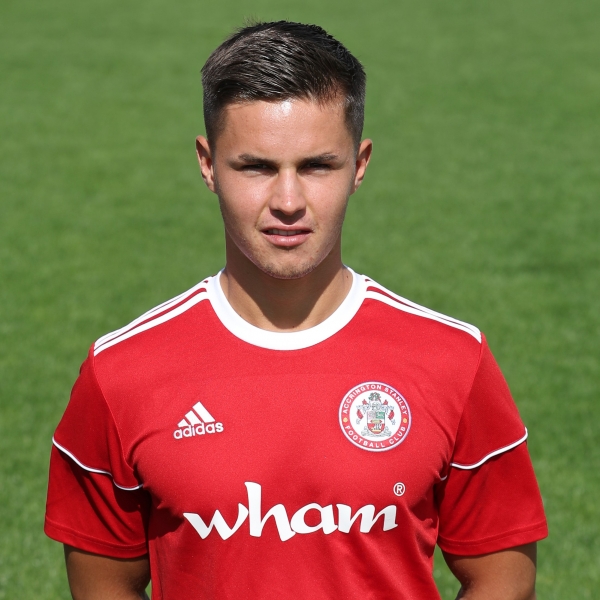 Callum Johnson arrived at Accrington Stanley on deadline day in August 2017, initially joining on loan from Middlesbrough to gain his first experience of senior league football.

The midfielder, who can also play across the back four, impressed John Coleman in the right back position during his loan spell and the move was made permanent in January 2018.

The 21-year-old signed a two-and-a-half-year deal for an undisclosed transfer fee from the Championship side.

Johnson was handed the number two shirt ahead of the 2018/19 campaign.

Away sponsored by Nigel Packer