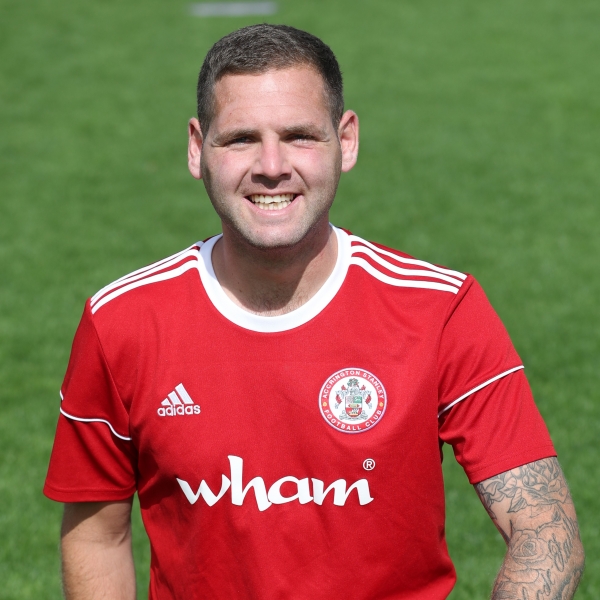 Billy Kee returned for a second spell with Accrington Stanley in the 2015/16 season and became a key member of the squad.

The striker’s first taste of league football came with the Reds in a loan spell from Leicester City in 2009, followed by permanent spells with Torquay and Burton Albion that saw him cement a reputation as a lower league goalscorer.

His form brought a move to Scunthorpe but after a frustrating spell there he returned to the Wham Stadium, finding the net 17 times in 2015/16 as he led the Stanley line to great effect.

Kee has represented Northern Ireland at both U19 and U21 level.

The frontman scored 15 times during the 2016/17 season as Stanley pushed for promotion, and followed that up with 25 goals the following season, being awarded the Golden Boot as the Reds were crowned champions of League Two.

Away shirt sponsored by Decom