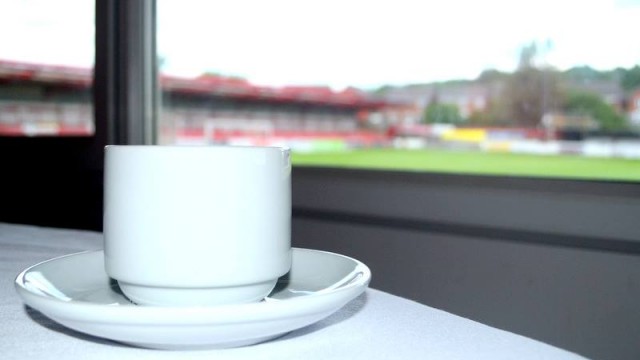 The 2018/19 season promises to be a very exciting one at Accrington Stanley, as we gained promotion for the first time in the club’s history since reformation back in 1968. This will be our thirteenth season back in the English Football League and this time we will competing in EFL League One.

There has never been a better time to be associated with what is undoubtedly one of football’s most famous names.

We have a range of sponsorship, advertising and guest packages available for businesses, organisations or individuals, to suit every budget.

I’ve seen you on the telly?

Being in the English Football League gives us great exposure. As well as a full 90 minute live game from time to time, we also enjoy international coverage every week, with the match highlights shown around the world.

Goals here at the club are also shown nationally three or four times over the course of a weekend, and regionally on local television!

Being involved with Accrington Stanley works!

The support of our partners is an integral part of our plans for development and as such we can assure you of our full backing to help you make the most of your association with the club.