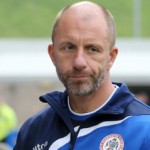 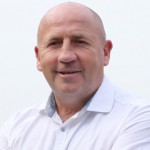 John Coleman’s first spell at Accrington Stanley saw him become the club’s most successful and long serving manager as he returned the Reds to the Football League by winning the Conference title.

The prolific non-league goalscorer joined the club as player/manager after a successful spell at Ashton United in 1999, leading Stanley to the Unibond First Division title at the first time of asking.

The Premier Division title, numerous cups and ultimately promotion to the Football League followed in 2006. Each season in League Two he improved the club’s finish, culminating in a highest position since the 1950’s of fifth in 2011 followed by a play-off semi-final defeat to Stevenage.

He left the club to join Rochdale in 2012 but after a year at Spotland and spells with Southport and Sligo Rovers he returned as Stanley manager in September 2014.


Warning: A non-numeric value encountered in /home/customer/www/leescarter.com/public_html/wp-content/themes/footballclub/inc/shortcode-fixtures.php on line 170