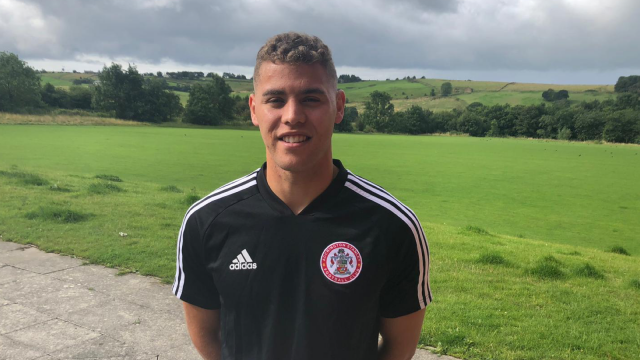 Accrington Stanley have today made their twelfth signing of the summer as striker Dion Charles arrives from Southport for an undisclosed fee.

The 23-year-old has signed a two-year deal with the club, with the option of a further year.

Charles, who has played at Under-21 level for Northern Ireland, began his career at Blackpool, and has also had spells with AFC Fylde and Fleetwood Town.

Stanley manager John Coleman said: “I watched quite a bit of Dion at the back end of last season, during pre-season and at the start of this season, and he’s impressed me the way he conducts himself on the pitch.

“He works his socks off, he’s a good footballer and he’s got an eye for goal.

“He’s got good pace, and he’s played men’s football a lot, and this is a chance for him to reignite his career.”

Charles is Stanley’s twelfth signing of the summer transfer window, and the striker will wear the number 32 shirt at the club.

You can sponsor our new signing by contacting our Commercial team on 01254 356950 or by emailing commercial@leescarter.com.

To find out more about our sponsorship package click here.