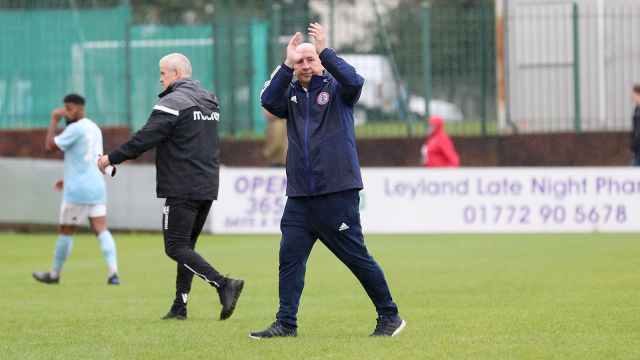 Coley: I’m glad to get back on home soil

Accrington Stanley manager John Coleman admitted that it will feel good being back at the Wham Stadium for tomorrow night’s Carabao Cup clash with Sunderland, especially with the new playing surface.

The Sunderland game will be the first to be played at home this season after the game with Bury was suspended, and Coleman highlighted that the new pitch will work as an extra incentive for his players.

“I’m glad to get back on home soil and play a game at the Wham Stadium, obviously with the new pitch.

“It’s an added incentive for us to enjoy it and we’ll only enjoy it if we can get a positive result, so that’s what we’ll be aiming to do.”

Coleman knows that tomorrow night’s game will be difficult, but that his players will go out there with a point to prove after the 2-0 defeat to Lincoln City on the opening weekend of the new season.

“It’s going to be difficult we know that, we had a couple of good games against them last year and what we’ve got to try and do now is put the disappointment of the Lincoln game behind us and try and kick on.

“As I said it’s going to be a tough game, but we’ve got players who are realising the way we play now.

Stanley’s manager also added that he feels he has a lot of attacking options at his disposal and that it is a good position to be in.

“We’ve got a lot of attacking options and it’s a good position to be in.”