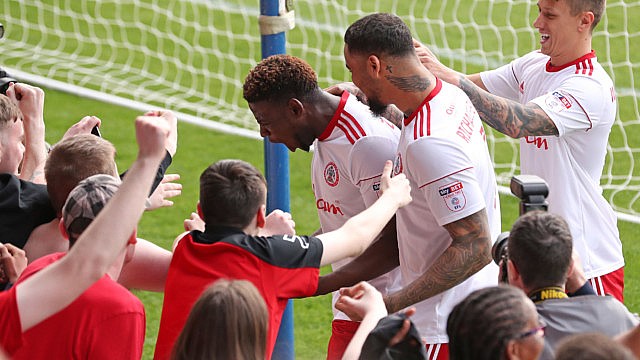 Accrington Stanley have been given the LG Performance of the Week Award by the League Managers Association.

The Reds moved a step closer to a historic Sky Bet League Two title after their emphatic 4-0 win at Adams Park.

Luton drew at Carlisle to win promotion themselves and they are the only team who can now catch the Reds at the top of the table – but Stanley need just a single point from their final two matches to secure the title.

The experienced and highly distinguished LMA panel has managed a combined total of over 6,000 competitive matches in professional football.

Stanley manager John Coleman will receive a celebratory bottle of champagne, courtesy of Tanners Wines, and an LG Performance of the Week trophy in a presentation to commemorate the result.