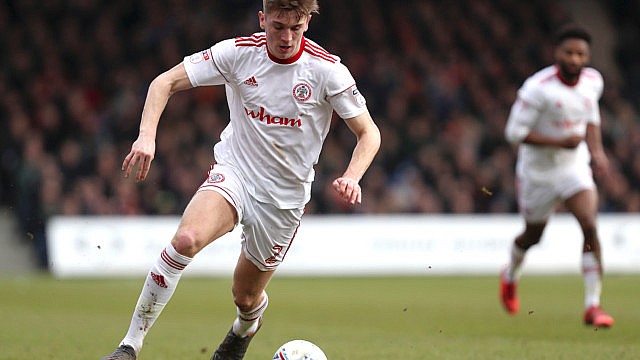 On loan Stanley defender Jimmy Dunne has received his first international call-up into the Republic of Ireland U21 set-up.

He will join up with his teammates in Dublin on Tuesday ahead of their UEFA U21 Championship qualifiers with Iceland and Azerbaijan.

Dunne, 20, has impressed since joining the Reds from Burnley until the end of the season in January, making 10 appearances at centre back.

The former Manchester United man has already been recognised for his performances when he was nominated for February Player of the Month in Sky Bet League Two.

Everyone at Accrington Stanley wishes Jimmy all the best with his international duty.