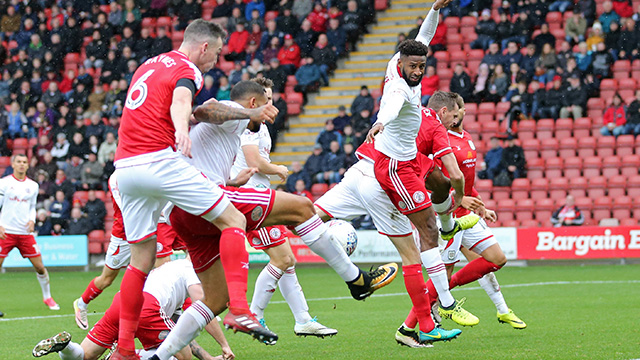 We have to be at our best: Coley

Crewe are in 21st place – just three points above the relegation zones – and have lost four of their last five league games.

Stanley are in a rich vein of form with seven wins in their eight games but Coleman says no one is getting carried away at the Wham Stadium.

“There is a good mood in the camp but our job is to keep everyone’s feet on the ground,” said Coleman. “We can’t start to think that it’s job done as there are 15 games to go and a lot of twists and turns.

“We know though all of a sudden it will be 10 games and then it will be the business end of the season. We have got to make sure we stay up there as Mark Hughes, Billy Kee, Sean McConville, Seamus Conneely and Scott Brown have all experienced what happened two seasons ago and I think they will have learned from that experience and it will be an advantage to us.”

However he knows Dave Artell’s side are capable of upsetting the odds.

“We have done quite well at home recently but Crewe are one of those unpredictable teams, they can beat anyone on their day and they have some very good players. They can be dangerous. Some teams shouldn’t be where they are in the league but someone has got to occupy the positions.

“Shaun Miller has scored against us this season for Carlisle and they got a couple of players on loan from Newcastle that I was interested in so we know they will be a handful.”

The game may be too soon for winger Sean McConville who missed out on Saturday’s 2-0 win at Coventry with a kick to his leg.