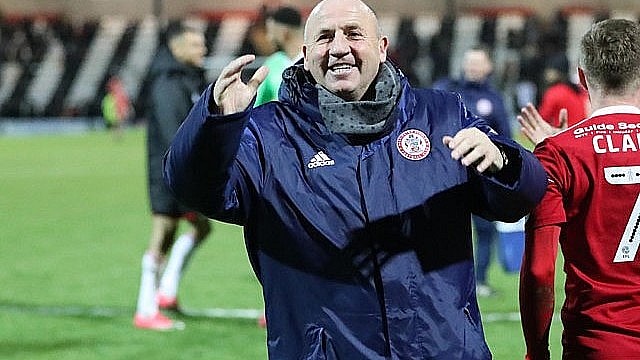 John Coleman hopes history repeats itself – and the Reds have their usual strong finish to the season to guarantee League One football next season.

With 13 games left, Stanley are in third place, three points above Mansfield in fourth spot.

They have still to play teams around them including Luton, Wycombe, Mansfield, Exeter and Swindon as the race for the promotion spots hots up.

Stanley have usually enjoyed strong ends to the campaigns, reaching the play-offs in 2011 and 2016.

“We are there to be shot at, at the moment, and I would rather be there than playing catch-up,” said Coleman.

“Historically, we have had strong ends to the season and if we repeat that then we will get where we want to be.

“People keep saying we have been flying – we have taken 25 points out of the last 30 – but I don’t really want to hear that. I want to hear in May that we have flown.

“If you believe you have got the job done, you set yourself up for a fall but we do have level-headed people around the club and the players are level-headed too.

“We know we need to finish the season strongly. We weren’t at our best in the last two games against Crewe and then Barnet in the first half but we took four points.

“We know we can play better and we know we will need to against Cambridge tomorrow.”