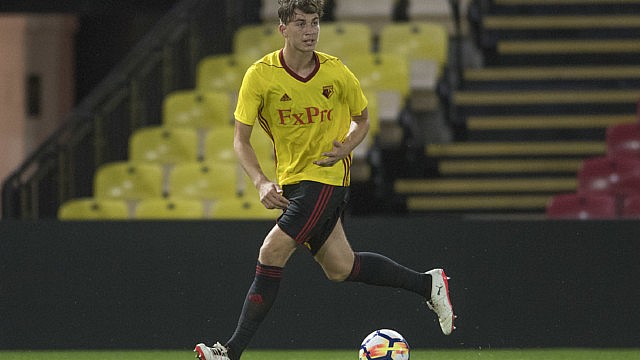 Rowan, a centre-back, joined the Hornets Academy in 2012 and captained the Under 18s side that won the Professional Development League South 2 title in 2015/16.

The 20-year-old signed his first professional contact at Vicarage Road in June 2016 and moves to the Wham Stadium for the remainder of the season, for his first taste of senior league football and to strengthen the depth in the Reds backline.

“I’m really pleased to be here,” said Rowan, after finalising his loan deal. “This is my first loan move and I couldn’t ask for more than to be at a good club, who are up there fighting for promotion.

“I’ve watched the team a couple of times, they play football the right way and there are lots of good players here. Hopefully, I can break into the managers plans, get some minutes under my belt and help the rest of the lads continue picking up points.

“It’s going to be a test for me, firstly breaking into such a good side and also out on the pitch I’m expecting it to be much more of a physical battle than I would get in development football.”

Asked what he thought would be the biggest difference from playing U23 football to Sky Bet League Two, Rowan said: “Fighting for the three points and it actually meaning something. Especially here with the team being fourth in the table, a couple of good results can push us right up there.”

Rowan takes the Stanley number 19 shirt and is available to go straight into John Coleman’s match day squad for tomorrow’s trip to Cheltenham.