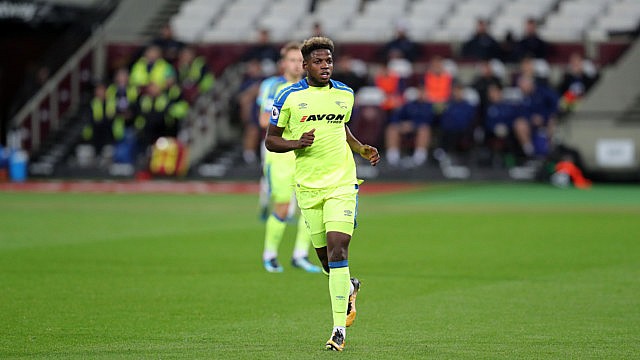 Zanzala, 21, joins the ranks at the Wham Stadium until the end of the season and will provide competition to Billy Kee and Kayden Jackson, following the return of Jonny Edwards and Mallik Wilks to their parent clubs earlier this month.

He joined the Rams at the age of 12 and signed professional terms at Pride Park in March 2015, finding the back of the net regularly for the Championship club’s age-group sides ever since.

In 2015/16, Zanzala played a key role as Derby U21s lifted the Barclays U21 Division 2 title ahead of Arsenal, before enjoying his first taste of senior league football during a one month loan spell with Stevenage.

Speaking after making the move to Stanley, he said: “This is a massive chance for me, it’s a new challenge and I’m looking forward to the first game and to show everybody here what I can do.

“There’s a huge difference from Under 23s football to coming and playing mens football, the speed of the game, you have to adapt and change physically and you have to become a man and lead a responsible lifestyle.” 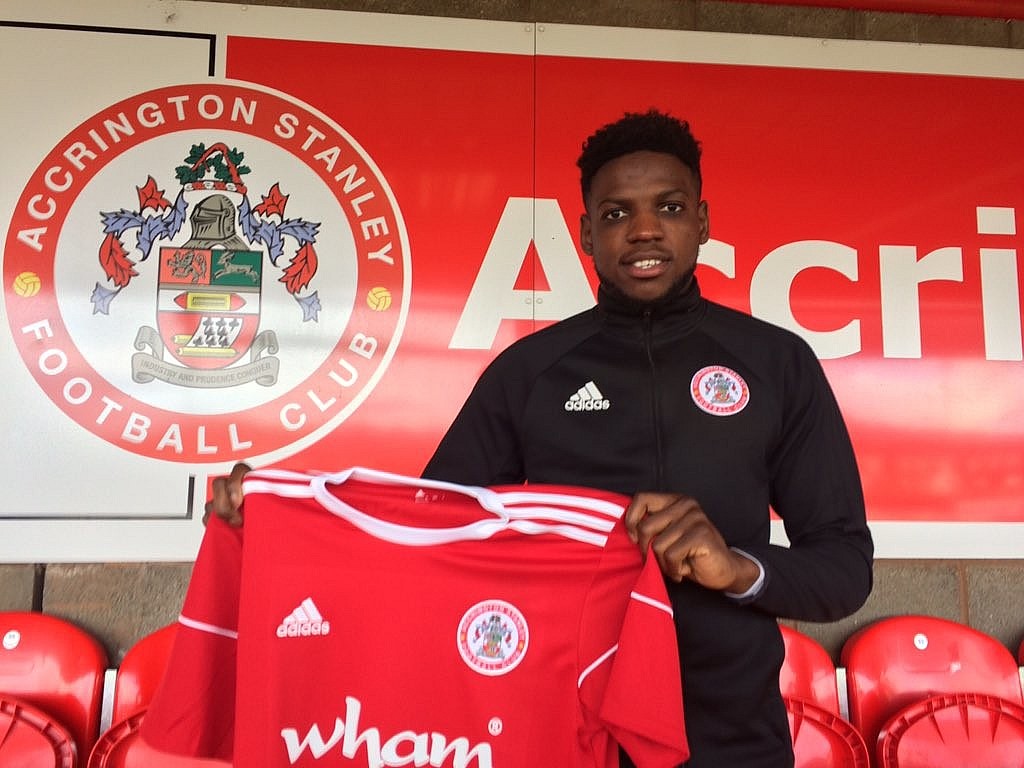 Zanzala, born in the Republic of the Congo, emigrated to Austria aged three before moving to England with his family when he was eight and says that his background has helped to mould his football career.

“I’ve had a different background to a lot of people,” said the forward. “But that has made me into the player that I am today, in terms of my aggression, my desire to be the best that I possibly can and to do the best for my team, for myself and for my family.

“I’m grateful to be given this opportunity and I’m looking to grab it with both hands, score lots of goals, win football matches and hopefully help the team get promoted.”

When asked what Stanley supporters can expect, Zanzala added: “I’m a player with lots of aggression, I’m strong, direct, powerful, I like to get on the ball and dribble and pose a threat.

“But most importantly I’m a goalscorer, I’ve always been a goalscorer and that’s what I will bring to Accrington.”