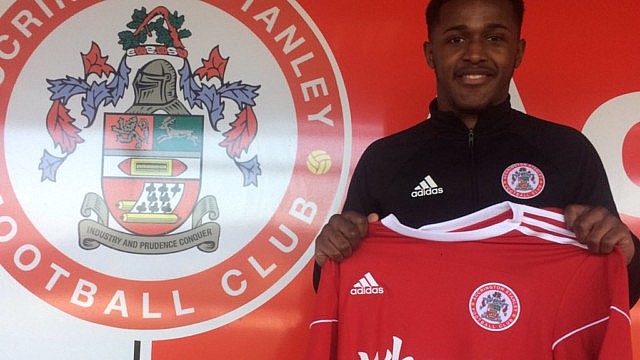 The 18-year-old, arrives at the Wham Stadium on a short-term deal until the end of the season, following the end of his contract with League One side Rotherham United.

Francis was part of the Academy set-up at the Millers before he put pen-to-paper on professional terms last July, he then joined Vanarama National League North outfit North Ferriby United on loan.

After a successful spell training with the Reds, John Coleman opted to sign him up and he becomes the second forward to join Stanley today following Offrande Zanzala’s loan move from Derby County.

“I like it here already,” said Francis, who started his football career with Bradford City at the age of eight. “I felt comfortable from the moment that I arrived, I feel like it could be a good fit for me.

“I like to think of myself as a pacey and powerful striker who can finish, I hope I can show that here, I want to impress straight away and help the side towards promotion.”

Manager, John Coleman said: “We’ve provided Akeel with an opportunity, he’s been in training with us for the last 10 days and he’s impressed.

“He offers us something different to what we already have and he’s hungry to score goals which always helps for a striker.”

Francis will wear the number 18 shirt.