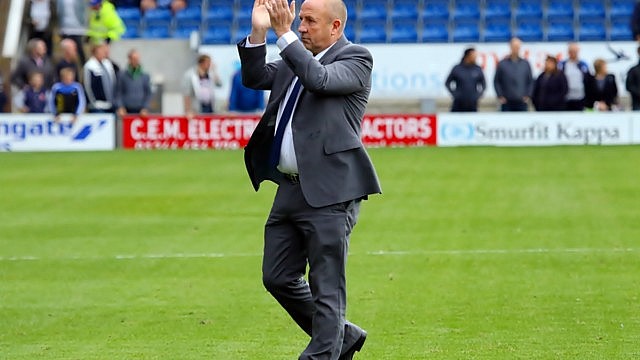 No surprises at Lincoln: Coley

John Coleman knows all about Lincoln City – and is plotting a way to beat them on Saturday.

The Reds played the Imps in the Checkatrade Trophy knock-out stages just nine days ago and lost 3-2 – the last game Stanley played due to last Saturday’s postponement.

Now the two sides meet again in SkyBet League Two at Sincil Bank with Stanley in third place and Lincoln in sixth, just four points between the sides, with the Reds having a game in hand.

“We know all about Lincoln and they know all about us,” said Coleman. “There will be no shocks on Saturday but we have to take a higher proportion of the chances we make and we have got to stop conceding what we see as silly goals. We have got to tighten up.”

Lincoln, promoted last season from the National League, are managed by brothers Danny and Nicky Cowley.

“The Cowley brothers have done well to galvanise a team and a club and got everyone pulling in the same direction,” added Coleman.  “They have installed a belief and have taken the club from non-league into the league in a short space of time.

“It’s not an easy thing to do but they have a certain style of playing football which is successful for them and we will have to stamp our authority on the game.”

Captain Seamus Conneely and wingers Erico Sousa and Mehki McLeod are all injured.