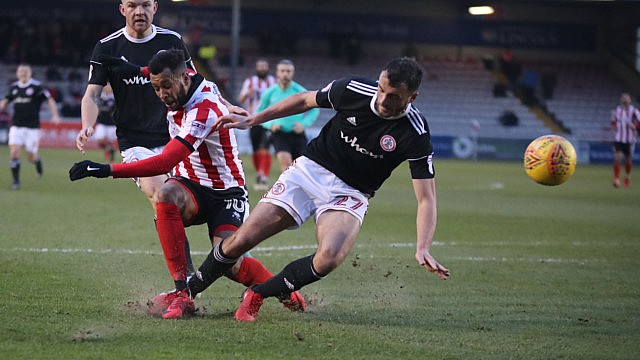 Accrington Stanley have been successful in their appeal against the red card given to Farrend Rawson in Saturday afternoon’s 2-0 loss at Lincoln City.

The defender was sent off by referee Seb Stockbridge in the 45th minute as he deemed that Rawson had denied Matt Green a clear goalscoring opportunity by pulling his shirt inside the box.

He also awarded the Imps a penalty in the same incident which was taken and scored by Green, setting his side on their way to victory at Sincil Bank.

Rawson was cleared by an FA Regulatory Commission and will now be available for Saturday’s home match with Crawley Town.