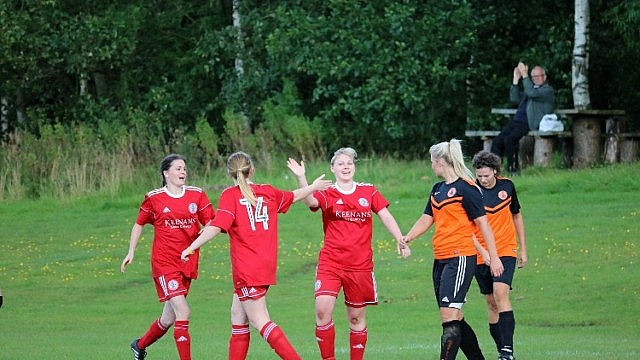 We have had a busy year for Girls Football at Accrington Stanley Community Trust. We have taken part in a variety of different events and run many different sessions for girls and ladies of all ages to get involved. Below is an insight to what we have done for Girls Football throughout 2017.

We have run 8 different girls’ football sessions across the Hyndburn and Ribble Valley areas for girls 11+ to come down a take part in. These are aimed at girls who have never played the sport before and it gives them a chance to understand the rules and take part in a relaxed environment. By hosting these sessions only we have engaged with over 400 girls, this shows the girls are enjoying the sessions and may progress further into a grassroots team.

We have established good relationships with Girls grassroots football teams, specifically Haslingden Girls and Ladies. We now work together to encourage more girls to take part in football and progress them on to play for a team if they are comfortable. Since we started this partnership we have had a better success of transitioning girls into competitive football.

Earlier on in the year, we formed a Womens Walking Football team that was to take part in the first ever National Womens Walking Football Tournament. This event was run to commemorating 50 years since the Dick Kerr Ladies were formed. It was a fantastic tournament with teams for all over the country competing. Accrington Stanley Community Trust A team actually came 2nd in the tournament, with our very own Julie Birchall winning a special award for best player in the tournament. Hopefully we can replicate this success in 2018.

Throughout the year we have run many girls football tournament such as the EFL Girls Futsal Cup and the EFL Girls Cup along with friendly matches with different satellites we run. This saw Mount Carmel school representing Accrington Stanley Community Trust at the Area Finals both the Futsal Cup and the Girls Cup as the Won both local tournaments. This provided more opportunities for the girls to compete at a higher level and have an insight into what it’s like representing a club. We have already ran the Local Finals for this year’s EFL Futsal and Girls Cup, which has seen St Christopher’s, Clitheroe Royal Grammar School and Accrington Academy go through to the next round. This has been our best year in terms of teams coming down and taking part in the tournaments, hopefully this will continue to increase.

Finally this year we formed a new Ladies team. We agreed terms with local team St Joseph’s Ladies for them to merge into a new community club playing under the banner of Accrington Stanley Girls and Ladies. The new club is registered to the Lancashire FA and has 25 ladies registered to the club that currently complete in the Lancashire FA’s Women Premier League. The club has got off to a fantastic start and now gives girls in the area role models to inspire too. We are looking to create a Ladies Development team next year as more ladies look to join the club.

Elle Kayley, Female Football Development Officer said “It has been a fantastic year for Girls Football, we have created sessions that all ages can take part in and made sporting pathways for girls looking to develop further. Hopefully next year we can build on this year’s success and engaged with more girls in football.