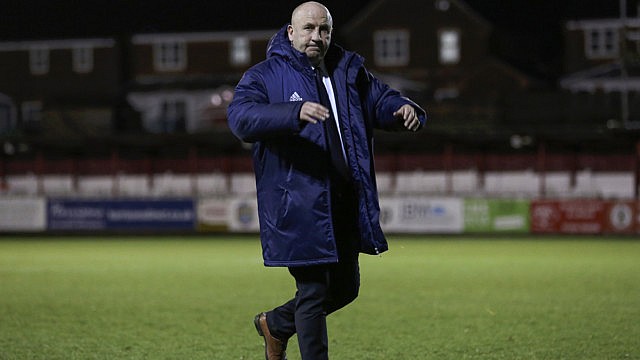 John Coleman expects winger Jordan Clark to recover from a hamstring niggle in time for tomorrow night’s trip to Lincoln City in the Checkatrade Trophy.

Clark missed Stanley’s last two league matches with Wycombe and Exeter and will return to the match day squad in time for the busy December schedule.

Skipper Seamus Conneely has been absent for the last three matches after suffering a groin tear in training and, though a return to action is close, the Reds manager doesn’t expect him to be involved.

“This break has been good for Jordan to try and get over this niggle,” said Coleman. “It’s looking like he will play a part for us tomorrow night.

“It’s a waiting game now with Seamus, not having a league game for two weeks will have helped him.

“Tuesday will come too soon for him but I’d certainly hope he’d be in contention for Saturday at home to Swindon.

“He’s still been a great presence around the place, he’s a steadying influence, especially when you play away games, he’s good to have around the team.”

Following his sparkling performance at Wigan in Stanley’s final Checkatrade group game, Erico Sousa is in the running for Player of the Round, Coleman confirmed he will miss the tie with an ankle injury – but called on his fringe players to be ready to take their chance.

“Erico had a terrific game in the last round,” he said. “Unfortunately he will miss this game, so will Mekhi [McLeod], he hasn’t recovered from the injury that he picked up down at Exeter.

“But there are several young lads who are waiting to play and desperate to get an opportunity.

“This competition has given us the chance to get 90 minutes into several of the players’ legs so far this season, meaning they are are ready when called upon, that’s been invaluable.

“Scotty Brown has been our best player the last two or three weeks, he didn’t play early on in the season apart from in these games and without them he wouldn’t have had the fitness to perform in the way that he has done.”