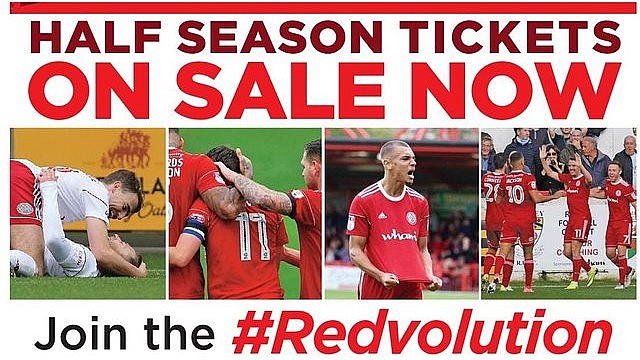 Half Season Tickets ON SALE

Accrington Stanley 2017/18 Half Season Tickets will be on sale from 10am today – make sure you don’t miss a single second of the action!

Accrington Stanley fans can pick up the perfect early Christmas present and gifts for their loved ones and friends – with 2017/18 Half Season Tickets now on sale.

Half season ticket for the remainder of the 2017/18 Sky Bet EFL League Two Season starts 1st January 2017 with our New Year’s Day derby clash with Morecambe FC through to our final home league fixture on 28th April versus Lincoln City.

The 11-game package commences with the derby against Morecambe FC fixture on New Year’s Day and also includes the visits of Port Vale, Crewe Alexandra , Notts County along with EFL debutants Forest Green Rovers to the Wham Stadium.

After the terrific start to the season with the club in a prime position for the push for promotion to League 1, the second half of the season looks set to be one of the most exciting in recent years as Stanley push for the automatic promotion places under the guidance of John Coleman and Jimmy Bell.

Chairman, Andy Holt said, “This is the opportunity for Stanley to progress and it’s the support of the community that will help us get over the line.” He added “The fans are the heart and soul of Accrington Stanley and we want them to be part of the Redvolution and support us to promotion.”

Daniel Bowerbank, Commercial Manager added, “Whether they’re a treat for yourself or a present for somebody else, Half Season Tickets are great value for money in keeping with Andy Holt’s commitment of making football at The Wham affordable for supporters young and old to come and enjoy the atmosphere at this great community club.. We will also be offering the chance to purchase your Half Season Ticket on a monthly payment plan from December 1st 2017.

The half season tickets will be on sale from Monday 20th November from the Stanley Store (The Wham Stadium), via post or by calling the ticket office on 01254 35950. 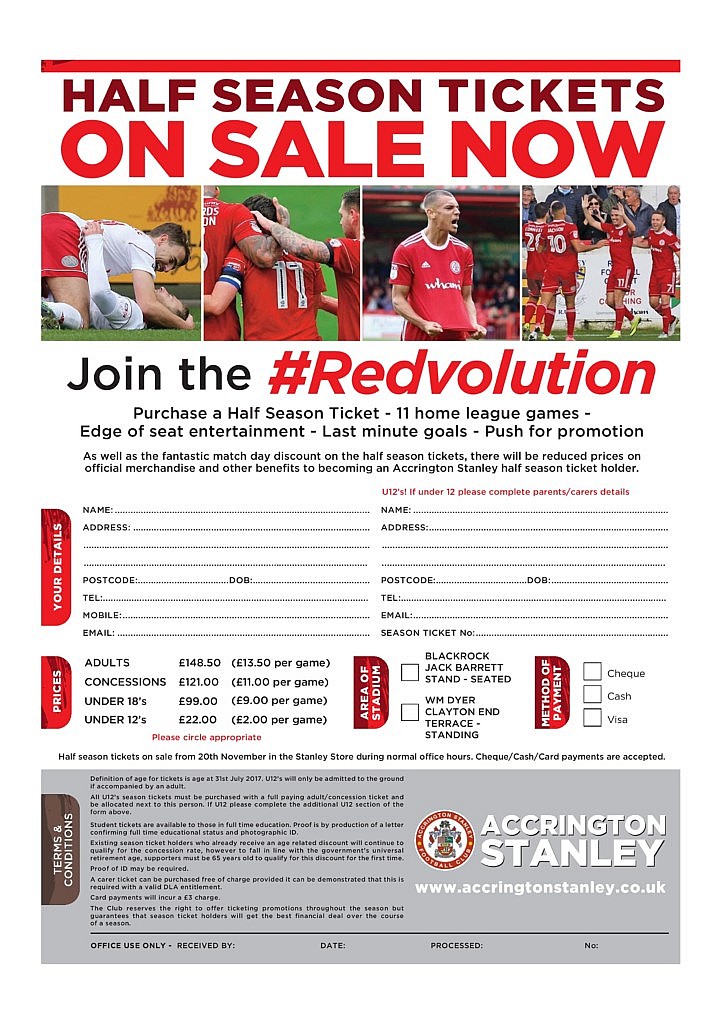