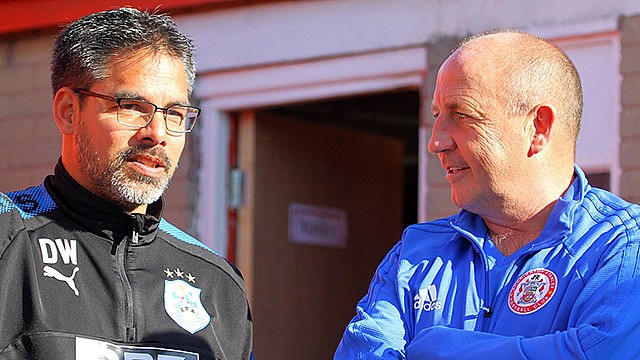 Business as usual for Coley

John Coleman insists it will be business as usual for his side tonight ahead of their Checkatrade Trophy group game with Blackpool at the Wham Stadium.

Stanley are in a strong position in Northern Group B following a win over Boro U21’s in their opening fixture, and after recording back-to-back away league wins, the boss is hoping to see his side build on that momentum with victory against the Seasiders.

“We approach every game the same way,” said Coleman. “We want to win the game, we’ve done our analysis on the opposition as usual and we’ve had a watch of their previous game against Wigan so we know a little bit about how they will set up.

“It’s a chance for players who haven’t played as much football as they would like to come into the team and stake a claim for a regular place and we’ve got to try and keep this momentum going by winning games.

“Footballers crave playing time and it can be difficult for certain players when you’ve got a settled side and your doing ok, it can lead to frustration but we’ve got a good spirit in the dressing room currently, it will be a big chance for some game time for a few of them.”

Coleman believes there are several incentives on offer for his men by progressing in the competition, including what would be a first visit to the new Wembley.

“It’s a realistic chance of getting to Wembley,” he said. “The first challenge is to get out of the group and a win will put us through, I believe.

“The prize money per win in this competition is £10,000 and that would also mean a lot to us, more so than Middlesborough and Wigan and possibly also Blackpool. It could be the difference between us getting in a player in January or not doing, so that’s a massive incentive.”

Fringe players such as Mekhi McLeod and Erico Sousa were handed the chance to impress last time out and will be in contention to feature again, but one definite starter will be Aaron Chapman who, with Max Stryjek still injured, is the only fit first team goalkeeper currently at the Wham Stadium.

“Chappy’s definitely benefitting from an extended run in the side, he’s improving all the time,” he added. “His fitness has really improved and he’s made some big saves for us this season. Forest Green were glowing in their praise of him after Saturday’s game.”