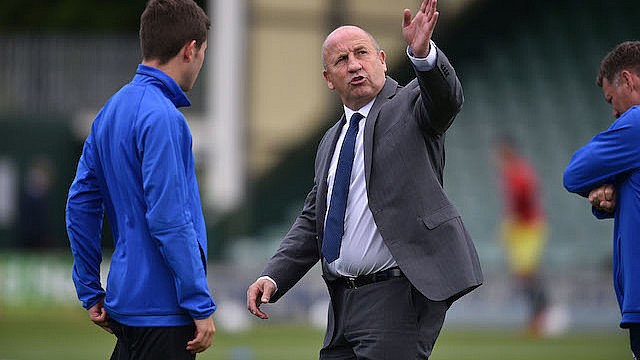 Coleman up for fight

John Coleman wishes it was May – but says his side are more than up for the fight to retain their top three spot.

Stanley face 21st placed Cheltenham tomorrow after an impressive start to the campaign, having scored 17 goals so far in their eight league encounters

The Reds boss knows the season can turn around quickly and is wary of the threat of the Robins.

“We have made a decent start, I still think we should have more points on the board but it’s early days,” said Coleman.

“You can’t get carried away as this league table can be shaken up in the space of a month.

“What we have done though is given ourselves a chance to be able to compete at the top end of the table.

“You have to accumulate as many points as you can while you can and that will give you a safety net for the second half of the season.

“We didn’t have a safety net last season and the run we went on would have got any team promoted but we were too far back.

“If we go on a run like that again we want to do it from a position of strength not weakness. I just wish it was May!”