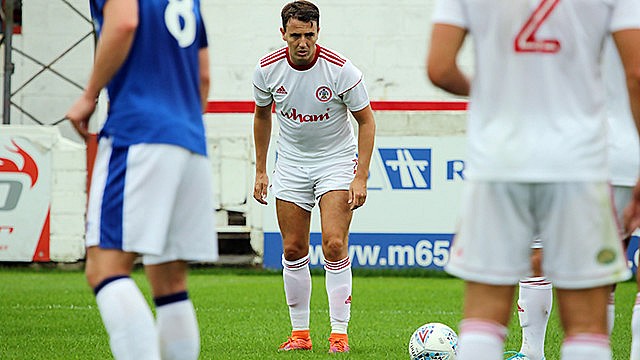 Sean McConville has signed a contract extension, keeping him at The Wham Stadium until at least 2019.

The Liverpool-born midfielder – who is in his second spell with Stanley – featured 49 times for John Coleman’s side last season, notching up an impressive tally of 17 assists.

He joins teammates Janoi Danocien, Seamus Conneely and Jordan Clark who have all penned new deals with the club this summer.

The extension signed by the 28-year-old also includes the option for a further year.