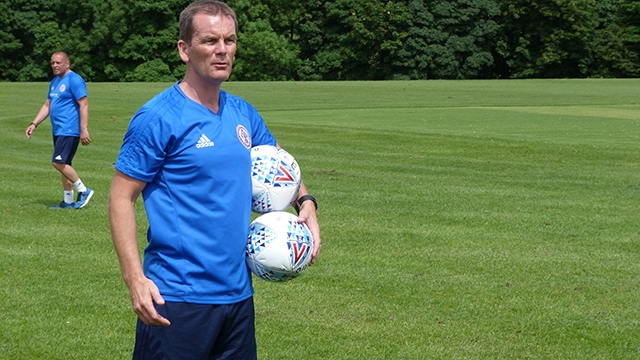 Doolan, 49, will work with manager John Coleman and assistant Jimmy Bell and comes with a wealth of experience.

The former Wigan man played for Stanley in 1999/2000 and captained the team which won the UniBond First Division title, with a fantastic end to the season which ended with victory over Farsley Celtic on the final day of the campaign and a memorable promotion.

“I have known John and Jimmy a long time as I moved from Ashton with them to Accrington,” said Doolan. “It was a great season, winning promotion in such a dramatic way.”

The defender started his career in non-league, was at Wigan between 1992-6 and returned to non-league, working towards his UEFA B and A coaching badges.

He went into coaching at the end of his playing career at Liverpool and Everton’s Academy before returning to Wigan to look after their Under 18s side.

He moved up with a change of managers and was first team coach to Graham Barrow and Uwe Rosler at Wigan the season they lost in the FA Cup semi-final to Arsenal and lost in the play-offs to QPR.

Doolan then went to Hibernian as first team coach with Alan Stubbs and helped them achieve success, especially a Scottish Cup final win over Rangers in 2016. 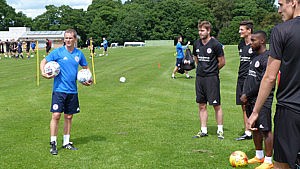 The pair then moved into the Championship with Rotherham but only lasted 13 games.

“I went back to Wigan then and helped out when Graham Barrow was in charge for the final part of last season but then obviously the management changed.

“John Coleman gave me a call at the end of the season, said he had a position, asked if I was interested and the rest is history.

“I am glad to be here, there has always been a great feeling around the club and obviously I share some of the history here.

“I have come in to assist John and Jimmy, who I have known a long time and trust completely and vice versa, and it will ease the pressure on those two a little bit.

“The squad are in great shape, there is the core of the squad from last season when they narrowly missed out on promotion, and it’s another big season for us.”

Manager John Coleman said: “We operate on a small staff as it is and a lot of other teams in our league have dietitians, analysts, fitness coaches and more. We don’t feel we need to go that heavy but it’s an opportunity to have another pair of eyes and hands to help us and we think it will improve us.

“I know what a quality coach John is and I know it will benefit us. Historically we have always done well when we have had a first team coach.”