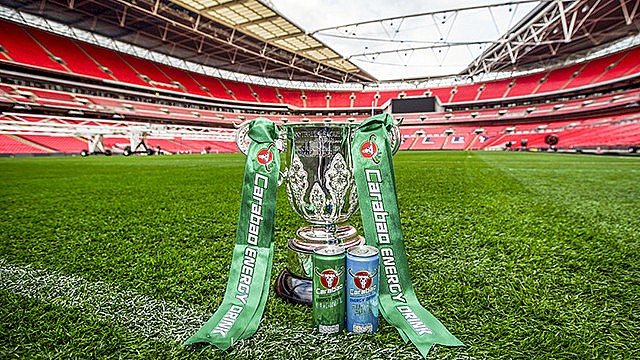 The draw for Round One of the 2017/18 Carabao Cup will be made at 1pm today from Bangkok, Thailand.

World Cup winner Emmanuel Petit, Carabao CEO Sathien Setthasit, British Ambassador to Thailand Brian Davidson and EFL Chief Executive Shaun Harvey will unveil the 35 Round One ties from the home of the competition’s title sponsor, Carabao Energy Drink.  Fans will be able to watch the draw unfold live on various platforms, including Facebook via the Carabao Cup and Carabao UK pages and SkySports.com.

Nearly 1.5 million people went to matches in the EFL Cup last season as the competition recorded record breaking attendances.  Victory in the competition’s final will guarantee the winner the first piece of silverware of the domestic season and a place in the Europa League in the following campaign.

Seventy EFL Clubs will be in the draw with matches scheduled to take place week commencing 7 August, with Sunderland included.  Championship newcomers Hull City and Middlesbrough will join the competition in Round Two alongside the Premier League clubs that are not competing in Europe.

The draw is also regionalised to minimise travelling time for supporters in the first round with seeding decided by a Club’s finishing position in the EFL.

This year’s final in February saw Manchester United beat Southampton 3-2 in front of over 85,000 people.  The 2017/18 Carabao Cup Final, the 58th in the competition’s history, will take place at Wembley Stadium on 25th February.

Due to the global appeal of the competition, Carabao, the Thai energy drinks brand, became title sponsor to the competition and official EFL partner earlier this year, with the exclusive partnership running until 2020.  It is anticipated that the relationship with Carabao Energy Drink will increase that further, providing the opportunity to reach new audiences in the Association of Southeast Asian Nations (ASEAN). The EFL Carabao partnership also represents a truly powerful and unique platform to expand the Carabao brand and establish Carabao as a major player in the global Energy Drinks market.

The newly named Carabao Cup offers a significant opportunity for the Thai brand to engage with football fans – a third of whom drink energy drinks – via its association with one of the biggest football competitions in the country, and Carabao plans to bring this partnership to life at every opportunity for customers and consumers.

As well as the partnership with the EFL, Carabao Energy Drink is also a Principal Partner of the Premier League champions, Chelsea FC, and the Sky Bet Championship Play-Off Finalists, Reading FC. Internationally, Carabao is also a partner of Flamengo in Brazil and Apollon FC in Cyprus.

Carabao, established fifteen years ago in Thailand, the home of energy drinks, is a premium, great tasting energy boost, designed to give consumers the energy they need to achieve their everyday goals. The drink takes inspiration from ’the Carabao’, the revered Asian water-buffalo, admired for its physical power, extraordinary stamina and unbreakable spirit.