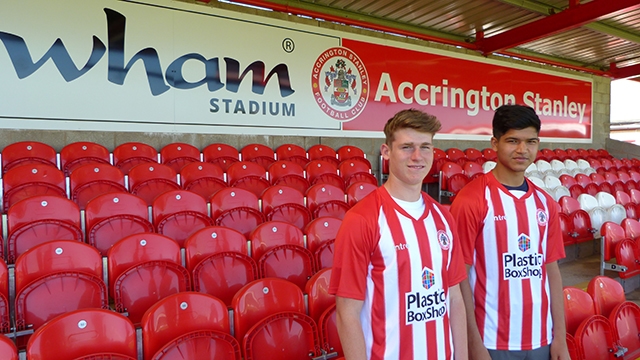 Zehn is out to impress 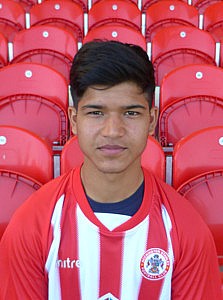 Teenager Ogle was on the bench a number of times last season for Stanley and made his Football League debut against Luton in April.

Centre half Mohammed, 17, has signed a two-year deal, his first professional contract, and admits he is delighted.

“I used to play for Mill Hill in the Sunday League,” said Blackburn-born Mohammed, who went to QEGS.

“It was hard as quite a few of the lads signed up to academies during my four years there and I wondered if I would get my chance.

“However, I came to Accrington for a trial and signed for the Under 16s.

“I have learnt a lot since I signed, it’s a lot more intense, and I had to step up my training. All my coaches have been brilliant.

“Now it’s a big chance for me, training with the first team. I have already been involved and the first team players have all been supportive.”

Mohammed added: “Reagan has inspired me. I was a ball boy when I saw him coming on for the first team and that has really motivated me and I know, if I impress, then the management will give me a chance.

“I just want to thank all the staff at the club as well as my family. My parents are really proud.”