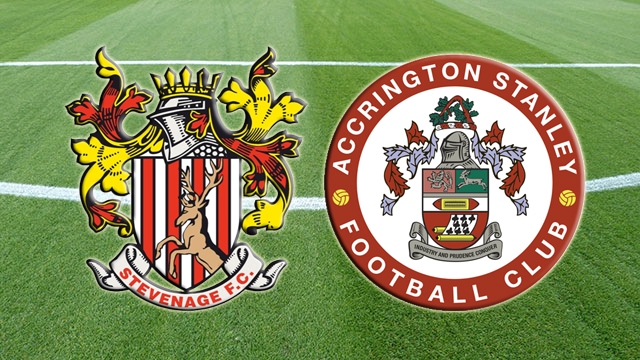 Stanley’s season ends with a reverse of the final fixture of 2015/16.

The Reds head south to take on Stevenage in the final fixture of the League Two season.

Roles are reversed tomorrow as Stanley and Stevenage swap situations from their meeting at the end of last season.

John Coleman’s team will want to sign off the season with a win and could become party poopers in the process.

The Reds have lost their last two games, resulting in their own play-off hopes being extinguished.

Defeats at Newport and at home to Luton means Coleman’s men can only finish 12th in the table.

They currently sit 13th in the table, a point ahead of Grimsby and three behind Mansfield.

Coleman has no new injury concerns for the game with virtually a full strength squad to choose from.

Academy product Reagan Ogle made his first League Two appearance as a sub against Luton and could feature again.

After a relegation battle for Stevenage last season, it’s been a different story in this campaign.

A fine run of mid season form propelled Boro into promotion contention and they’ve been in and among the front runners since.

They go into the final fixture just outside the play-off places but knowing that a win coupled by a slip up by one of the teams above them will extend their season.

Darren Sarll was given the Stevenage job on a permanent base after being caretaker from February last season and guiding Stevenage to an 18th placed finish.

He’s held the UEFA A Licence badge for over 10 years and was Head of Youth at Stevenage, overseeing the transformation of the youth structure, from 2012. He was promoted to first team coach under Teddy Sheringham in 2015.

Now in his second spell at the club, Sarll has also worked at Brentford and Rotherham United.

Ticket Prices On The Day