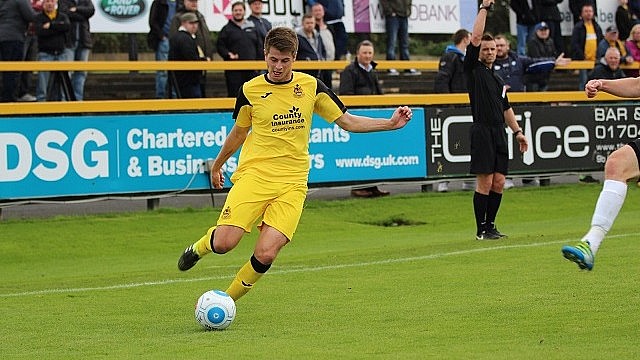 Stanley have snapped up the 22-year-old for an undisclosed fee on a one-year contract with a one-year option.

Coleman has been chasing former Crewe player Nolan for a while.

“Accrington were interested in January but it never quite happened but thankfully it has now,” said Nolan.

“I was at Crewe for four years, two years in their academy and two years as a pro and played 29 league games for them. 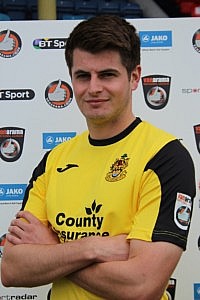 “I was released and have been at Southport for two seasons. They are a part-time club, training three days a week, and it was tough up against clubs who are full-time as we were relegated this season. It’s not nice to be relegated but I learnt a lot from it.”

Nolan knows Shay McCartan from his Northern Ireland Under 21 days and is ready to get started at Stanley.

“I can’t wait. The aim has always been to get back into the Football League and I am made up to do it. I have been monitoring Accrington closely since their interest in January and they were in the bottom half of the table.

“They have been on an unbelievable run and hopefully we can take this into next season.”

As part of the deal, Stanley will travel to Southport on July 29th.