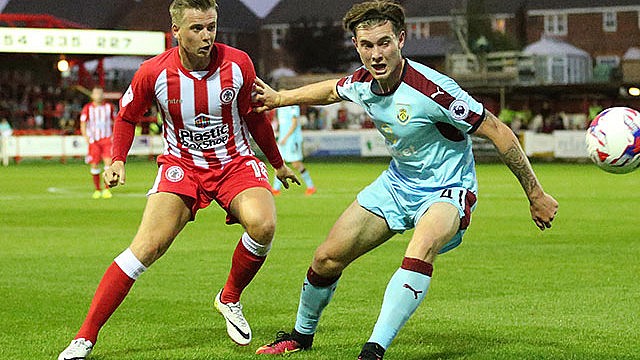 Hewitt, who signed for the Reds last summer after his release from Burnley in December 2015, had limited appearances for Stanley last season and was released from the Wham Stadium in May.

Dafabet Welsh Premier League side Bangor, who are in the UEFA Cup qualifiers, are managed by former Stanley striker Gary Taylor-Fletcher.