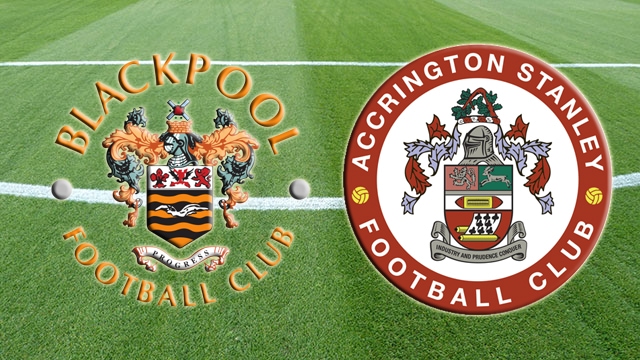 Good Friday brings a trip to the seaside as Stanley travel to Blackpool.

With both teams in the mix for the top seven it promises to be an important game.

Stanley’s first competitive trip to Bloomfield Road could prove to be a significant one.

The Reds are just two points behind their hosts in League Two and four from the play-off places ahead of kick off.

The aim will be to continue their fine form and keep pressure up on the top seven places.

Stanley are unbeaten in 13 matches after coming back from 2-0 down to beat Crewe 3-2 last time out.

They’ve won four of their last five matches and their last two away from the Wham Stadium.

The Reds are 12th in the table, four points from the top seven.

John Coleman has a virtually full strength squad to choose from for the game.

Midfielder Scott Brown is back in contention after serving a five match ban for his third red card of the season.

Blackpool are back in the fourth tier of English football for the first time in 15 years following relegation from League One last season.

It’s been a swift return for the Seasiders, who had started a climb from the basement division with promotion in 2001 that culminated in a season in the Premier League in 2010/11.

Gary Bowyer took over in the summer and has kept the team in contention for a return to the third tier. Ahead of kick off they sit just outside the play-off places.

The 44-year-old, a former player with Hereford United, Nottingham Forest and Rotherham, stepped up to take charge of Blackburn Rovers in May 2013 and guided the club to eighth and ninth placed Championship finishes in his first two seasons in charge.

Bowyer had previously impressed during two caretaker spells at Ewood Park, starting out at Rovers in 2004 to oversee the Under 18s and nurture the club’s Academy talents before a move up to reserve team boss and then manager.

Bowyer replaced Neil McDonald at Bloomfield Road after the club’s relegation from League One.

Junior (under 11) £FOC if accompanied by an adult