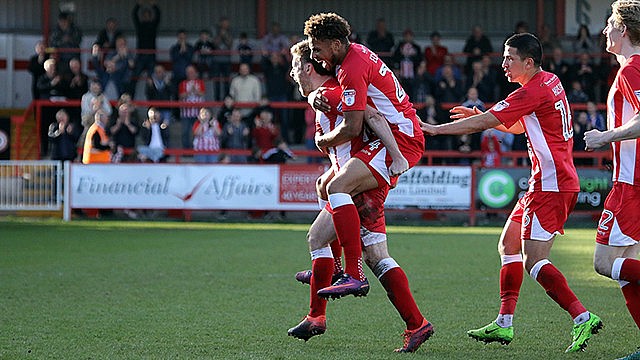 Shay McCartan has no problem with match day turning into Groundhog Day as long as it means he keeps scoring and the Reds remain unbeaten. 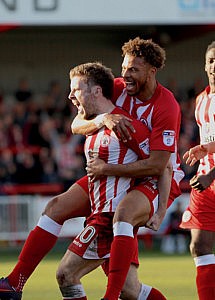 The Northern Irishman scored a late free kick against Grimsby to set up a frantic finish and ultimately secure a point and a tenth game without defeat for his team.

It was the forward’s fifth goal in six matches and third in a week but he felt it could have been even better.

“We’ve got mixed feelings really,” he said. “We had chances to win it at the end, I had a chance which the keeper saved and there were a few scrambles but we feel like if we’d scored earlier we would’ve won easily.

“They scored a bit against the run of play and it was a great finish from the lad but I think ultimately we’re probably disappointed that we didn’t get the win having dominated most of the game.

“As I said, if we’d got a goal around when they did in the 70th minute then we feel we would have gone on to win it. As soon as I scored we were battering them and made more chances.

“It’s nice to have the free kicks in my locker. There’s a bit of pressure now because people are expecting me to score but I don’t really feel it. I’m happy to take them and if they go in they go in and if they don’t I’m not bothered by it.

“I could hear the fans when I was going up to take the free kick and that showed me they had confidence in me. It was a good atmosphere and the fans deserve credit for that.”