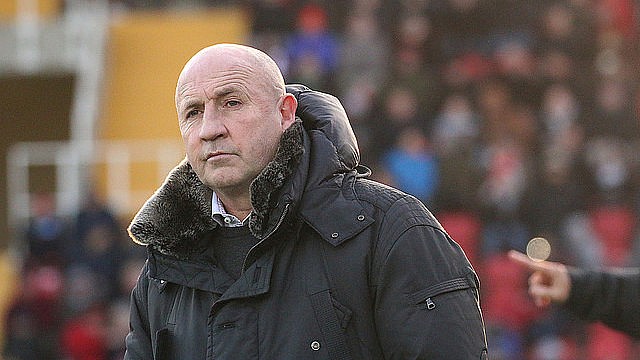 John Coleman has the luxury of a full squad to choose from for the trip to promotion-chasing Exeter City.

The Reds are unbeaten in five games but Coleman has had to deal with a number of suspensions.

However defender Omar Beckles has now completed his three-match ban, after Sean McConville and Janoi Donacien both sat out suspensions recently, and Coleman has now got everyone raring to go.

“It’s a great boost to have Omar back,” said Coleman. “We have gone through a series of suspensions unbeaten and you do need competition from places.

“When your team is picking itself week in week out, it can work for you as you are getting a settled team but if you are not getting the results it can lead to unrest around the camp.

“You have got to pick the team which has the best chance of winning any given game and that can mean changing the team completely or going for a spell with the same team to get the momentum going.

“These decisions are all part of managing in League Two.

“Hopefully though we will now avoid suspensions and we will have a clean bill of health and a strong healthy squad to finish the season.”

Coleman also praised Fulham loan keeper Marek Rodak who he feels has grown into the number one role at the Wham Stadium.

“The keeper has got more confident as the games have gone on. There is no doubt he is a good shot stopper, he just needed to work on his communication and presence.

“He has started coming for crosses now which relieves pressure on the defence and that has helped us in the last few games.

“We are playing well and we have got to keep believing we can win games. We are confident as we are in a rich vein of form.

“We know we can play better and we have let ourselves down but we know the areas we have to work on to improve. I think the problem is when you can’t identify what is required.”