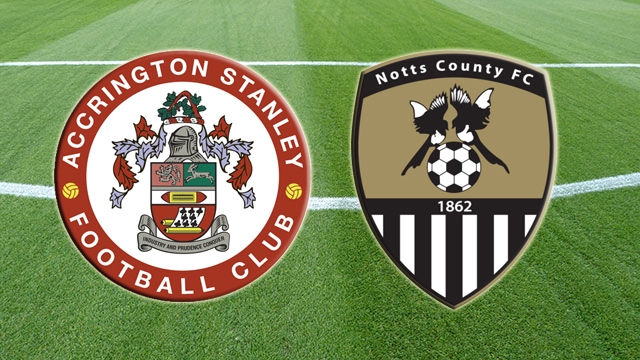 After a big game in the FA Cup last time out it’s back to the Wham Stadium and back to business for the Reds.

A return to League Two action brings Notts County to Lancashire for a game with implications in the relegation battle.

The Reds face no further distractions for the remainder of the season after their FA Cup run was ended at Middlesbrough and now attention turn to league matters.

Moving away from the danger area of League Two must be the aim, with John Coleman keen to climb the table.

Last time out at home a battling display brought a point against high flying Carlisle with ten men – more of the same spirit and a win would be welcome.

The Reds lost their last game, 1-0 at Middlesbrough, and will be keen for a return to winning ways.

The draw with Carlisle went some way to making amends for a disappointing defeat at Cheltenham in the previous match but Coleman’s side now need maximum points.

They’re currently 21st in League Two, one point from the relegation places and ahead of Notts only on goal difference.

New recruit Noor Husin is eligible following his loan from Crystal Palace and could make his Stanley debut.

Matty Pearson remains suspended following his red card against Carlisle, with Scott Brown also ruled out by his ban.

Coleman has no new injury concerns beyond minor niggles.

The Magpies have had a season of surprise struggle, having been tipped to be among the frontrunners at the start of the season.

They find themselves a point from the relegation places ahead of kick off.

However, they’ve taken four points from three games since Kevin Nolan’s arrival and are looking to continue their improvement.

Nolan has previous experience in management following a spell in charge of Leyton Orient last season.

He has registered as a player for the campaign but has stated he won’t play if his team continue a run of good form.