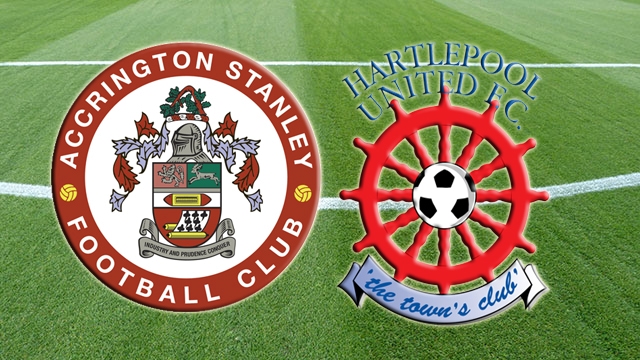 2017 begins at the Wham Stadium for Stanley tomorrow as they look for back to back wins.

Hartlepool United are the visitors with both teams keen to climb League Two.

After a return to winning ways on Saturday, attention now turns to backing up three points with another for the Reds.

They return home after two away games over the festive season with confidence boosted after victory at Crewe.

They’ll take on a Hartlepool side similarly lifted by a victory over Morecambe and with Craig Hignett’s side looking to complete the double over the Reds.

Stanley picked up their first win in ten league matches at Gresty Road.

They scored their first goal in four in the process, as well as keeping a first clean sheet in League Two since October.

Coleman’s side are 21st in the table, three points from the bottom two and just three behind 16th spot.

The Reds await news on the availablity of keeper Elliot Parish after he missed the last two matches.

John O’Sullivan limped off at Gresty Road and will be assessed ahead of kick off.

Coleman will have two new loan signings available to him for the game and must decide whether they’ll be part of the starting eleven or match day squad.

Of late life in League Two has been about staving off relegation battles for Hartlepool.

Two seasons ago Ronnie Moore led them to the great escape, with Craig Hignett taking over from Moore last season to guide them away from trouble in less dramatic fashion.

This season has been mixed so far, with the north east side sitting 18th in the table, just two points ahead of Stanley.

Craig Hignett was appointed as the new manager at Victoria Park in February 2016 following the departure of Ronnie Moore.

It is Hignett’s third spell at The Vic, having previously played two games for the club at the end of his career in 2007 before returning as assistant manager to Colin Cooper in 2013.

Having played for Middlesbrough, Blackburn Rovers and Leicester City among others in his playing career, Hignett will be hoping he can be as successful in management.