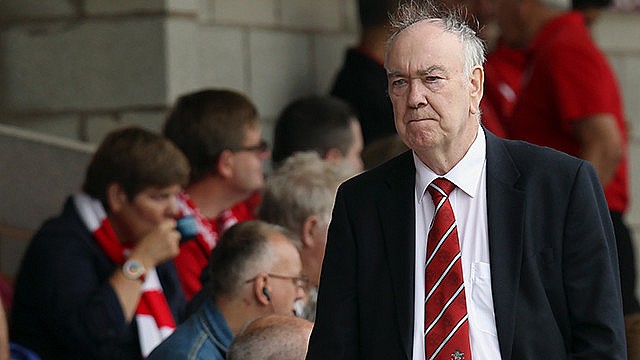 Everyone at Accrington Stanley is saddened to learn of the death of former director Geoff Heap.

He passed away over night in hospital.

Geoff had been a member of the unique Stanley family for most of his adult life, from being involved with the old club with his father in the 1960’s to being a familiar face at home and away games in the modern era.

A generation of staff and supporters have grown up with Geoff manning his “late gate” at the Wham Stadium, a role he only recently relinquished having reached his 80s.

He’s also been familiar to squad after squad of players, travelling regularly on the team bus to games up and down the country.

Geoff will be sorely missed by everyone involved with the club and our thoughts are with his family and friends at this difficult time.