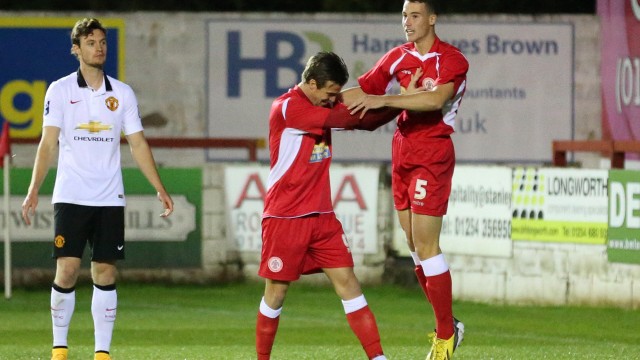 Goulding, 20, came through the ranks at Stanley and captained the successful FA Youth Cup side which saw the Reds beat Bristol City and West Ham before losing to Reading in the fourth round in 2013.

He signed a professional deal at Accrington two-and-a-half years ago and has been on loan at Wealdstone this season.

“It’s a chance for me to play regular football,” said Goulding, who has also spent time on loan at Witton, Marine, Chorley and Belper during his Stanley career.

“I have enjoyed my time at Wealdstone, they are a forward-thinking club and their chairman is former Accrington chairman Peter Marsden who is ambitious for the club.

“The highlight for my Accrington career was the FA Youth Cup run, I was proud to be captain.

“I want to thank everyone at Accrington Stanley for helping my career progress and wish the club every success in the future.”

Everyone at Stanley wishes Liam all the best.